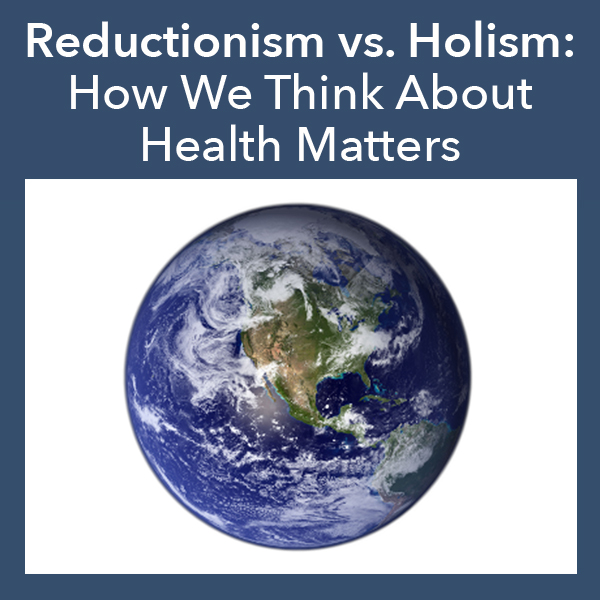 Reductionism vs. Holism: How We Think About Health Matters

If you are new to my blog thoughts, this post is a nice one to start with. Many of the topics I write about tend to have similar underlying themes. Central to living a healthy, purposeful existence is understanding that most of what we have been taught (‘brainwashed’ is a strong, but appropriate term) about health is misguided.

In science, there is a concept known as reductionism. This means that we try to isolate smaller and smaller concepts into individual variables for study. There is a saying in science that, “the more I study, the more I know about less and less.” This is true because as a scientist studies smaller and smaller variables, the more specialized that scientist becomes. We see this in medicine as general practitioners refer to more and more specialists. These specialists know a huge amount about their given part or system of the body. Think about a Nephrologist – this is a “kidney” specialist, but more accurately, a physician well versed in the nephron which is the functional unit of the kidney and happens to be smaller than a paper clip.

This is the essence of reductionism and how it has permeated health care. It has happened within Chiropractic too. We are considered by many to be back and neck pain specialists. This is far removed from the science, art, and philosophy that Chiropractic was founded on. There is a concept known as holism that aims to look at the human body as a whole. More than simply the sum of our parts, our bodies function as one complete unit. You cannot affect one cell, part or system without affecting the whole entity. This is a very important concept in health and chiropractic.

A favorite author of mine, Dr. James Chestnut often stresses the importance of thinking of the human body in terms of an ecosystem. If any element in an ecosystem is changed, the whole system is altered. Even more basic, think about needs of a plant. Its basic needs are water, sunlight and nutrient rich soil. Is a plant fully healthy if one element is missing or deficient? What if the one or more of the elements are toxic? And what about the plant’s interactions with its environment – the insects, bacteria and animals that live on its roots, or gain nourishment from its flowers.

But what do we do with our health? We isolate a variable and treat the symptom, often ignoring or covering up the cause of the dis-ease. We give our symptom (or group of symptoms) a Latin name, label it a diagnosis and prescribe a chemical or surgical solution. If we start looking at the body as a holistic entity, these solutions begin looking ridiculous. Do we really think that if you have inflammation in one area of your body, the rest of the body is unaffected? Better yet, just put a shot of cortisone in it…that will fix everything.

Understanding and embracing holism is the first step on your path to true health and vitality. If you continually add toxic, inflammatory food to your ecosystem, what result should you expect? In order to have a reasonable expectation of health, we must eat, move, and think in a manner congruent with health and life. I can’t say it enough.

Health is optimal function of 100% of your body’s cells acting in cooperation with its environment 100% of the time.

NOT THE ABSENCE OF SYMPTOMS!

Let’s go back to the plant analogy. Let’s say I have two plants and I give one plant water and one plant cola on a regular basis, what result might we expect? Yes, the plant receiving a regular diet of cola will likely die. But how long will it take? Days? Weeks? Longer? At what point would you consider the plant unhealthy? The first day it received cola, or the day it first showed signs of wilting (a symptom)? Once you notice the wilting, would the appropriate response be to paint the leaves the proper color or start cutting off the wilted leaves? Or should you stop giving it cola and start rejuvenating the plant with its basic needs? Just because it takes a while for the cola to kill the plant doesn’t mean the cola didn’t have that effect from the first day. Just because it takes a while for the witling to appear doesn’t mean cola isn’t injuring the plant from day one.

For some reason, viewing life and health from a plant’s perspective makes so much sense to us. But we trick ourselves into thinking we are somehow above nature – that natural laws don’t apply to humans because we have consciousness and science. The only logical way to view human life and health is through holistic eyes. If you reduce health to waiting for symptoms to appear, you’re already too late. The majority of heart disease and cancer (the top two killers of Americans) show no signs or symptoms until they are late-stage. Symptoms are often the last things to appear and the first to resolve. Our bodies are great at covering up symptoms of disease so that we can survive. But once the system is fatigued by enough continuous insult, it will succumb.

We see reductionism especially take root in the food world. Popularized by Michael Pollan’s book “In Defense of Food”, Nutritionism is used by advertisers to prey on scientifically identified food particles and attach them to health claims. Illustrated plainly, when you take the beta-carotene out of the carrot, separate it from the rest of its cofactors, and the whole food itself it no longer is the same element. Food is more than the sum of its individual nutrients.

Movement works this way too. If you have lateral knee pain (aka IT-Band Tendonitis), you can simply foam roll your IT-Band in isolation and expect a cure. Our bodies are much more complex than that. Is there poor glute activation? Is the foot weak? Does the ankle not dorsiflex? Are the nerves communicating to the lateral quad compromised because of lumbar vertebral joint restriction or disc degeneration? We really want the “one thing you need to do to fix your pain” answer.

Our bodies rarely work that way.

My hope is that you can begin the process of seeing your own health through a holistic lens. Give your body what it needs, remove things it doesn’t and watch the system take care of itself. Be proactive about your health care, seek preventative measures. Maintain your chiropractic care on a regular basis, to ensure vertebral subluxation is not negatively affecting your health and vitality whether you have a symptom or not. Begin evaluating the things you hear in mainstream media for signs of reductionist thinking and recognize them as incongruent with health.

One Response to :
Reductionism vs. Holism: How We Think About Health Matters 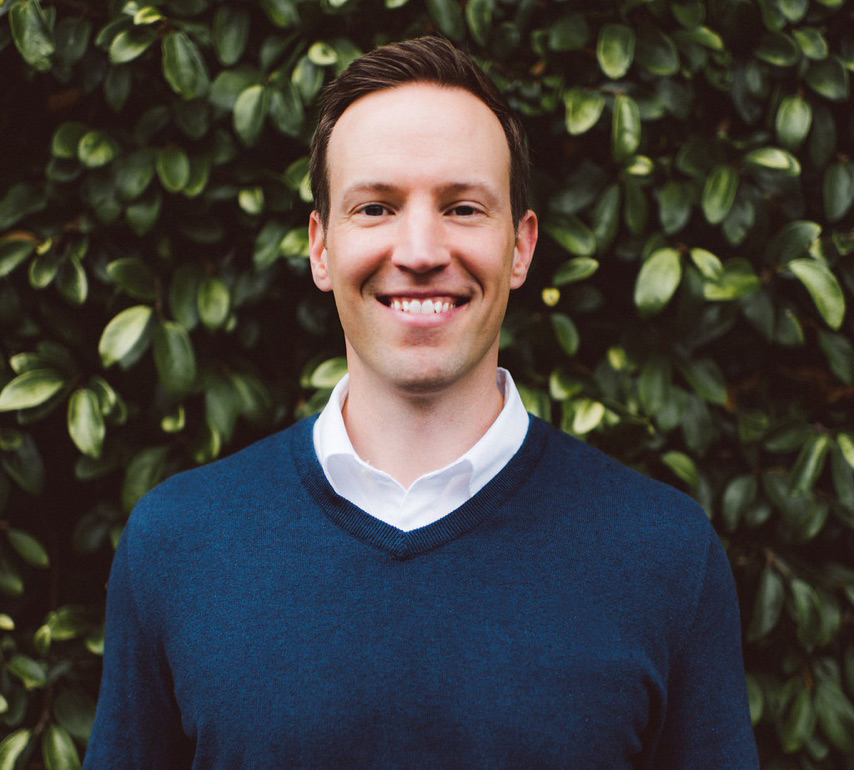